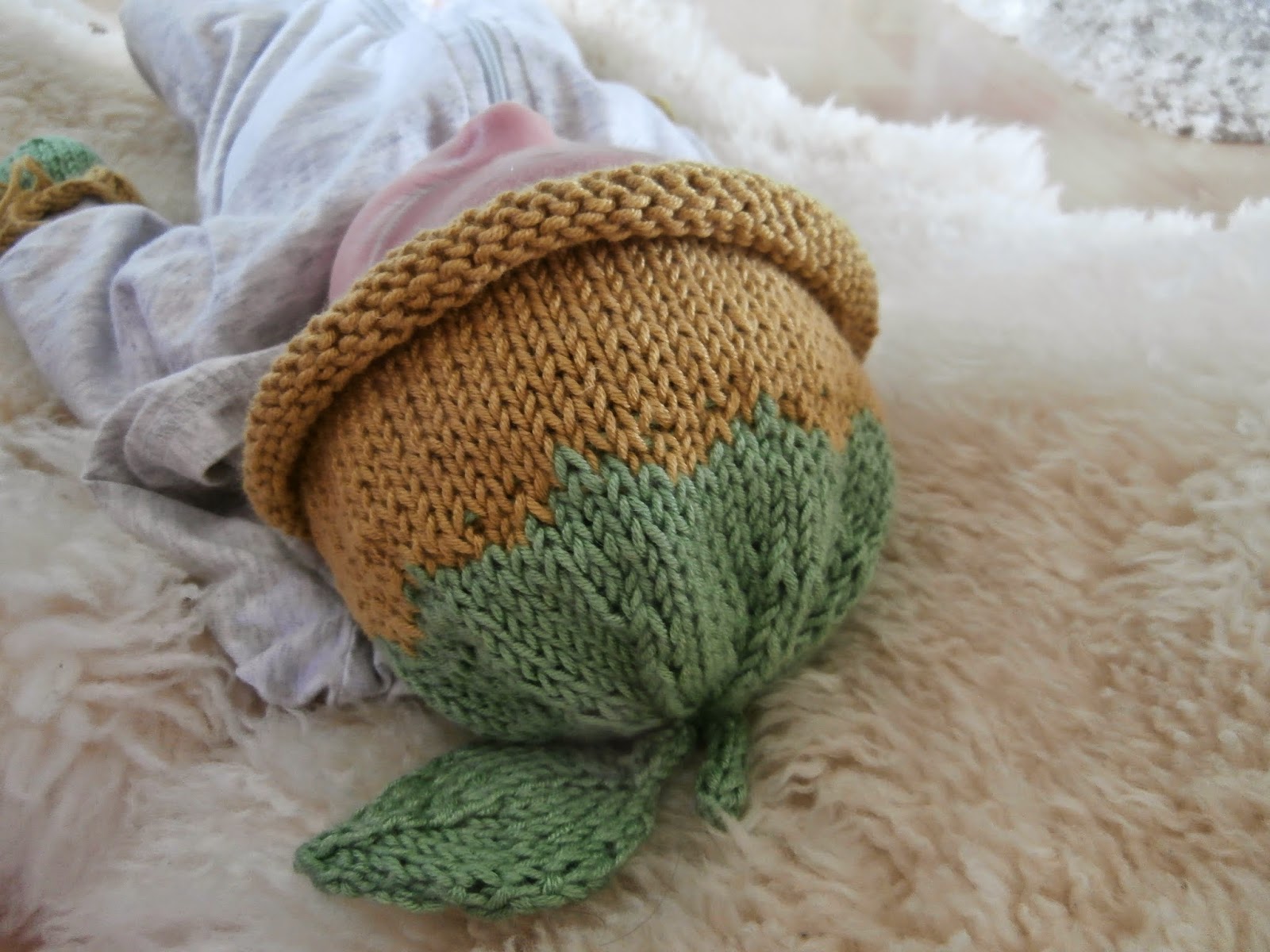 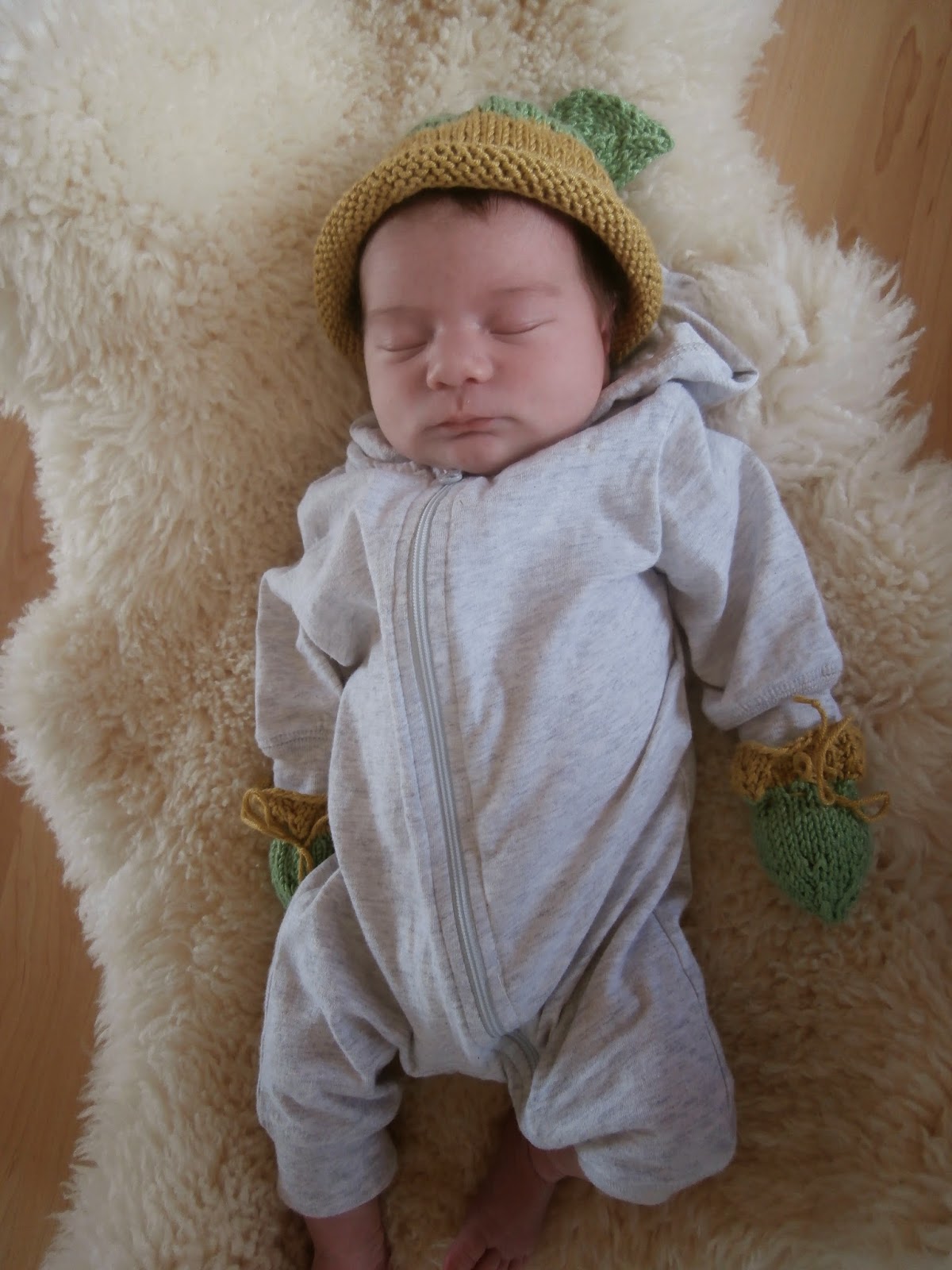 I created this pattern for my newborn so she could have something nice and soft to wear in the hospital and at home. The hat features a delightful little leaf sprouting from the top like a sapling. The scratch mitts are intended to keep those sharp little newborn nails from scratching that soft newborn skin. The scratch mitts start with one repeat of lace for a nice decorative edge.

Leaving a 10” tail, cut yarn and pull through the remaining 10st, pull tight and secure. Bring tail up through the centre of the hat and pick up 4 st around the middle. Knit an icord for 1.5” and weave in ends.
Leaf

Make a second leaf in the same manner without the icord (starting at the 3rd row). Sew onto the first leaf with wrong sides together and sew icord stem onto the centre of the hat. Weave in ends.

I hope you enjoy them! Please let me know of any errors you find. And I love to see the creations you make with my patterns, so please share with me! I am honeynutbrown on ravelry, friend me! 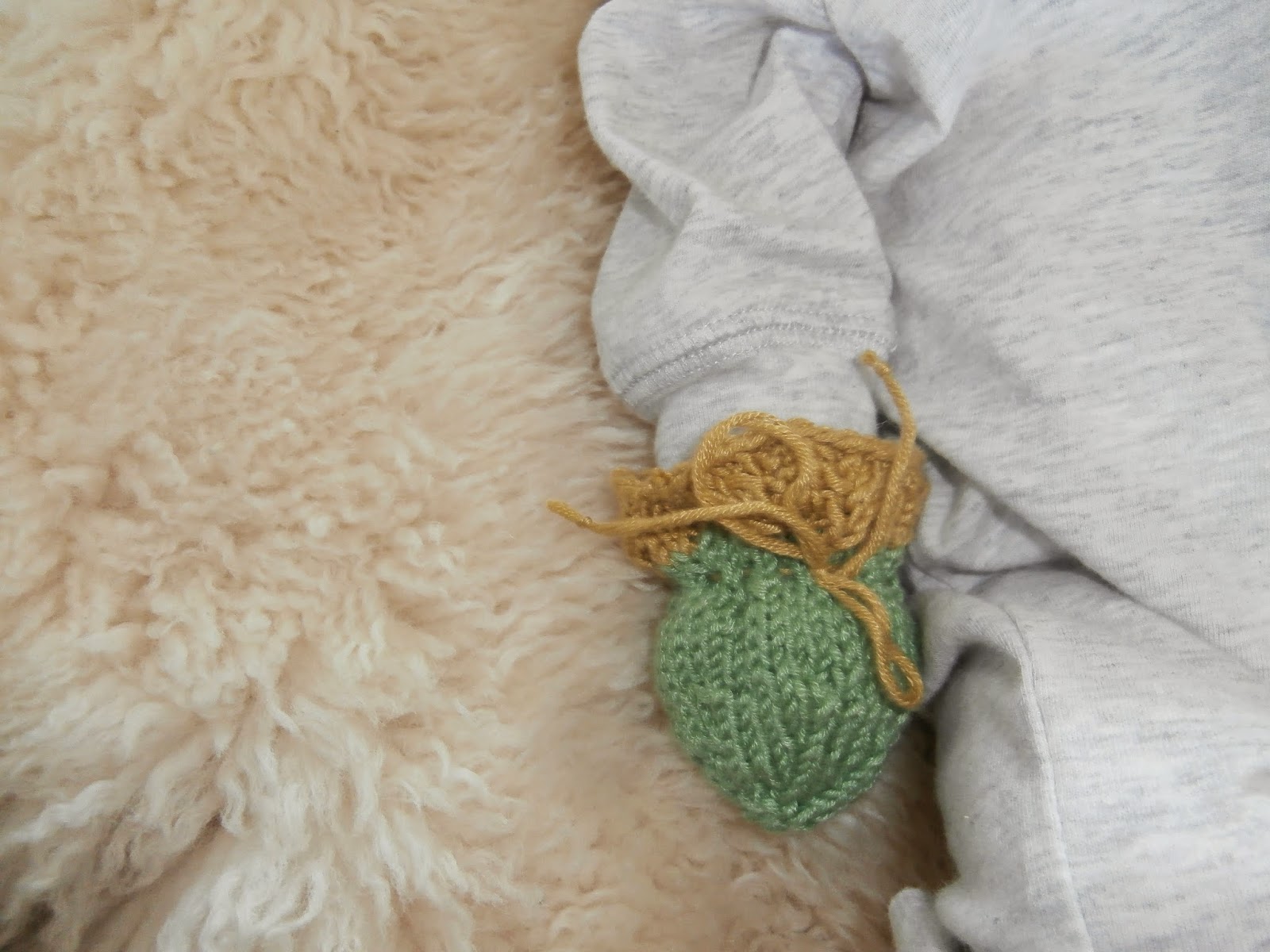 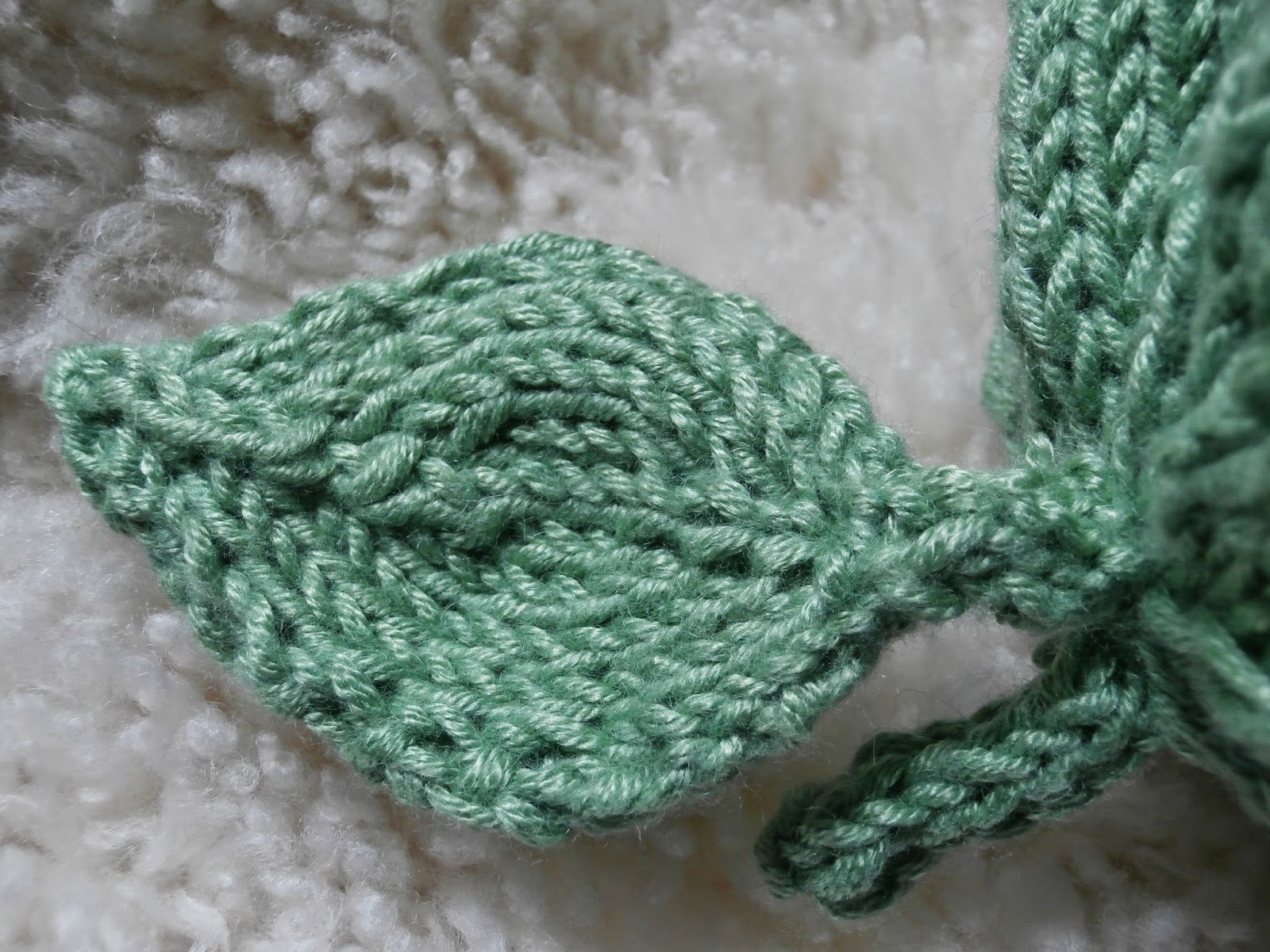 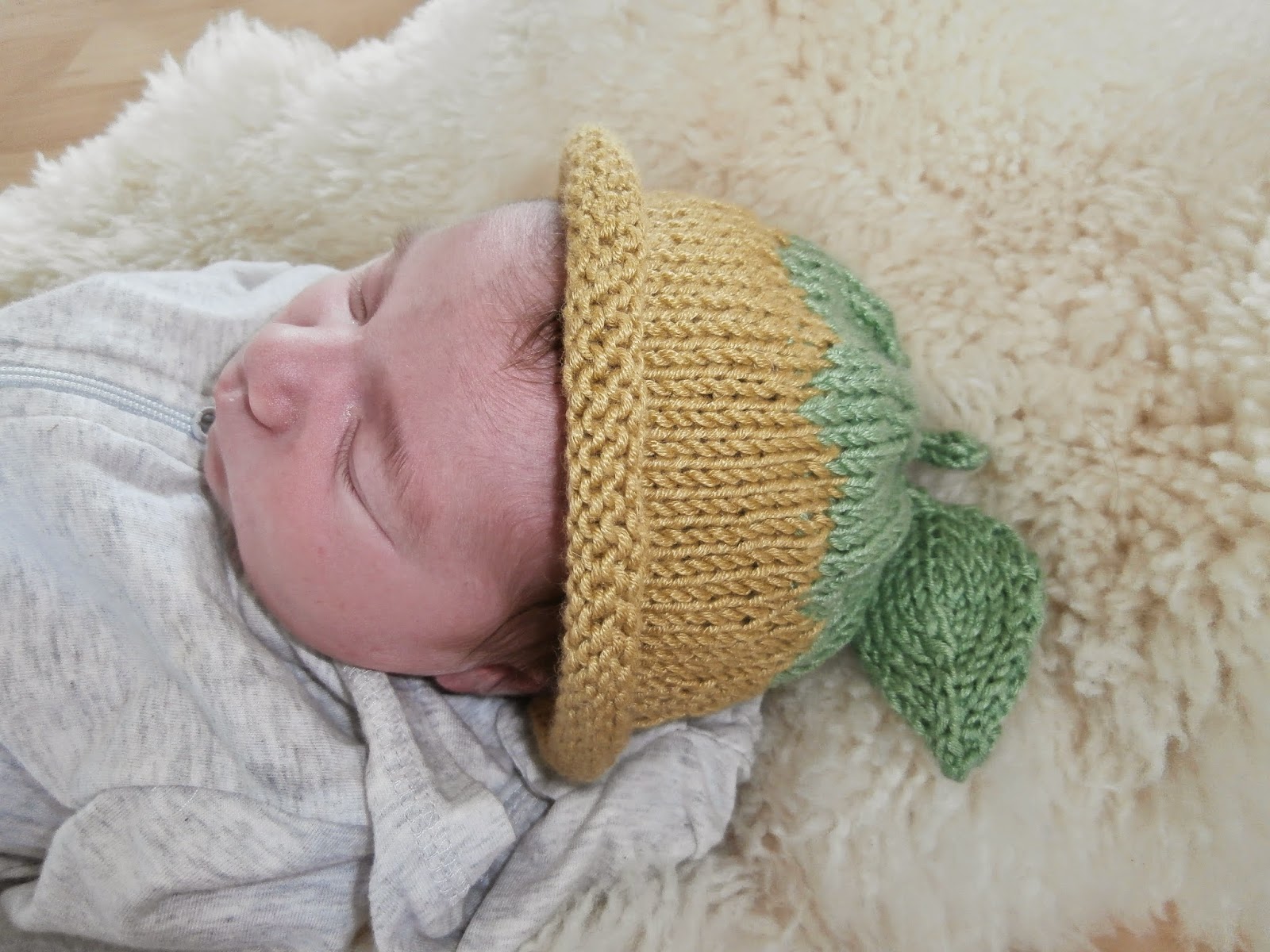 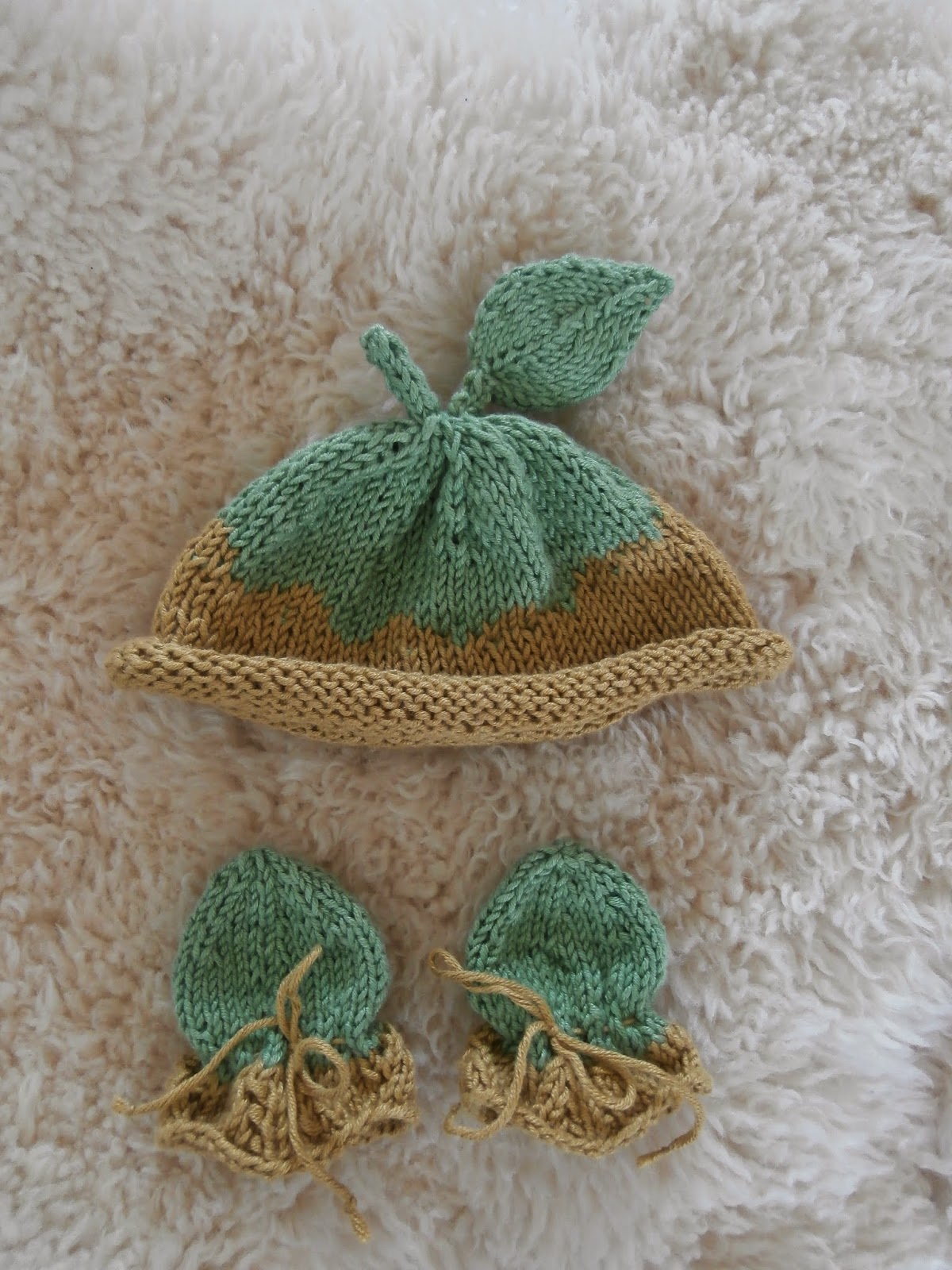 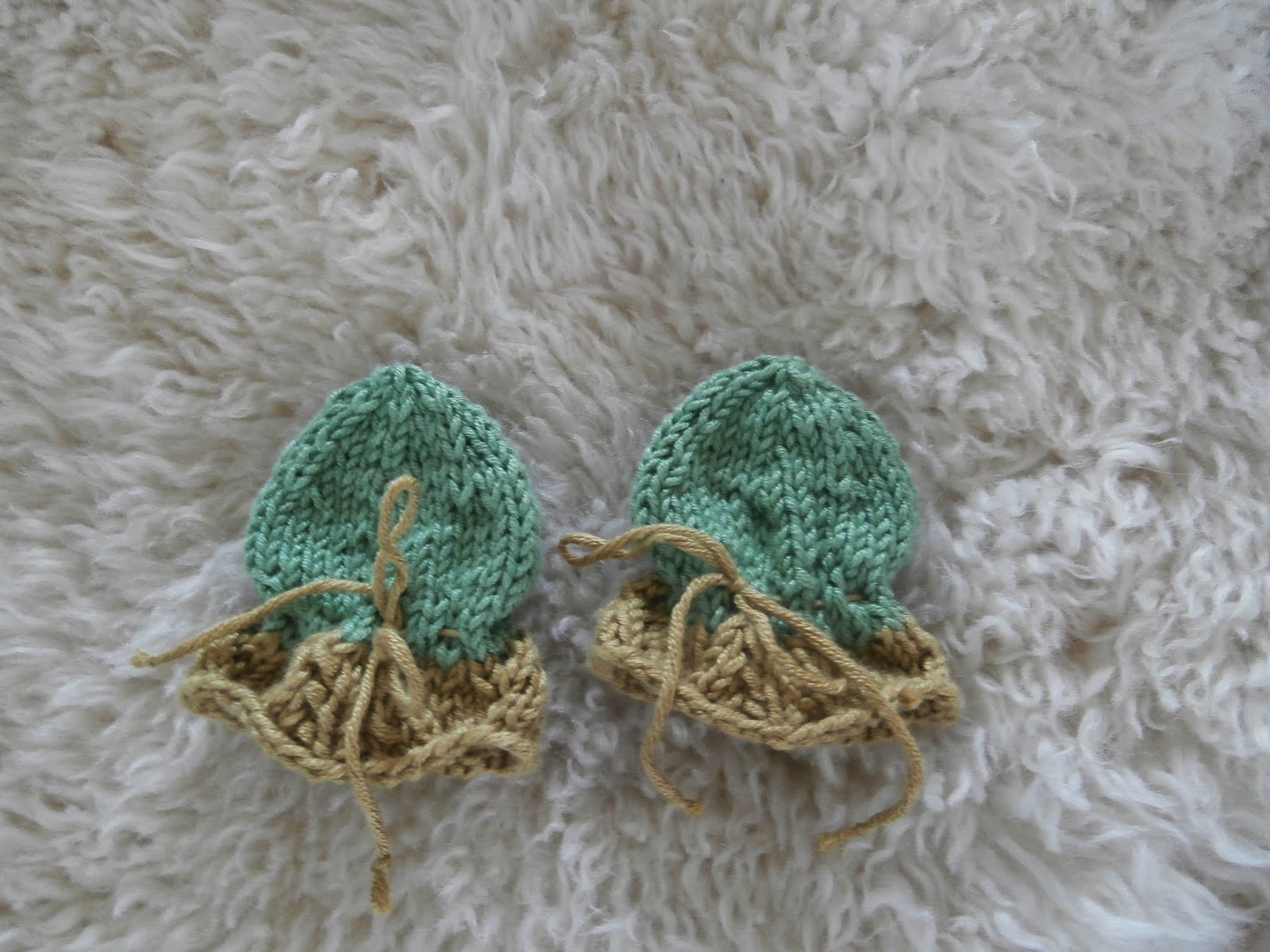 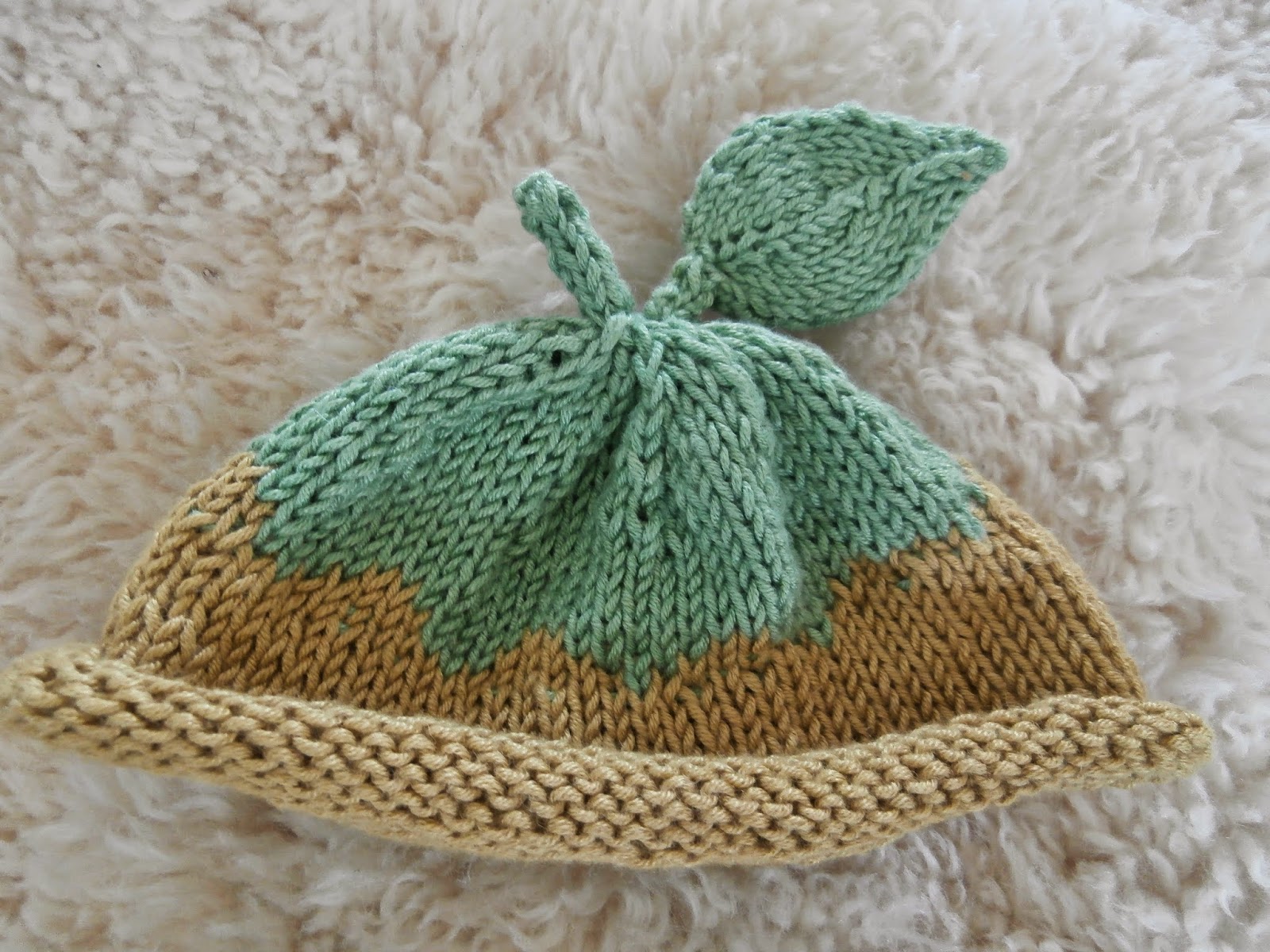