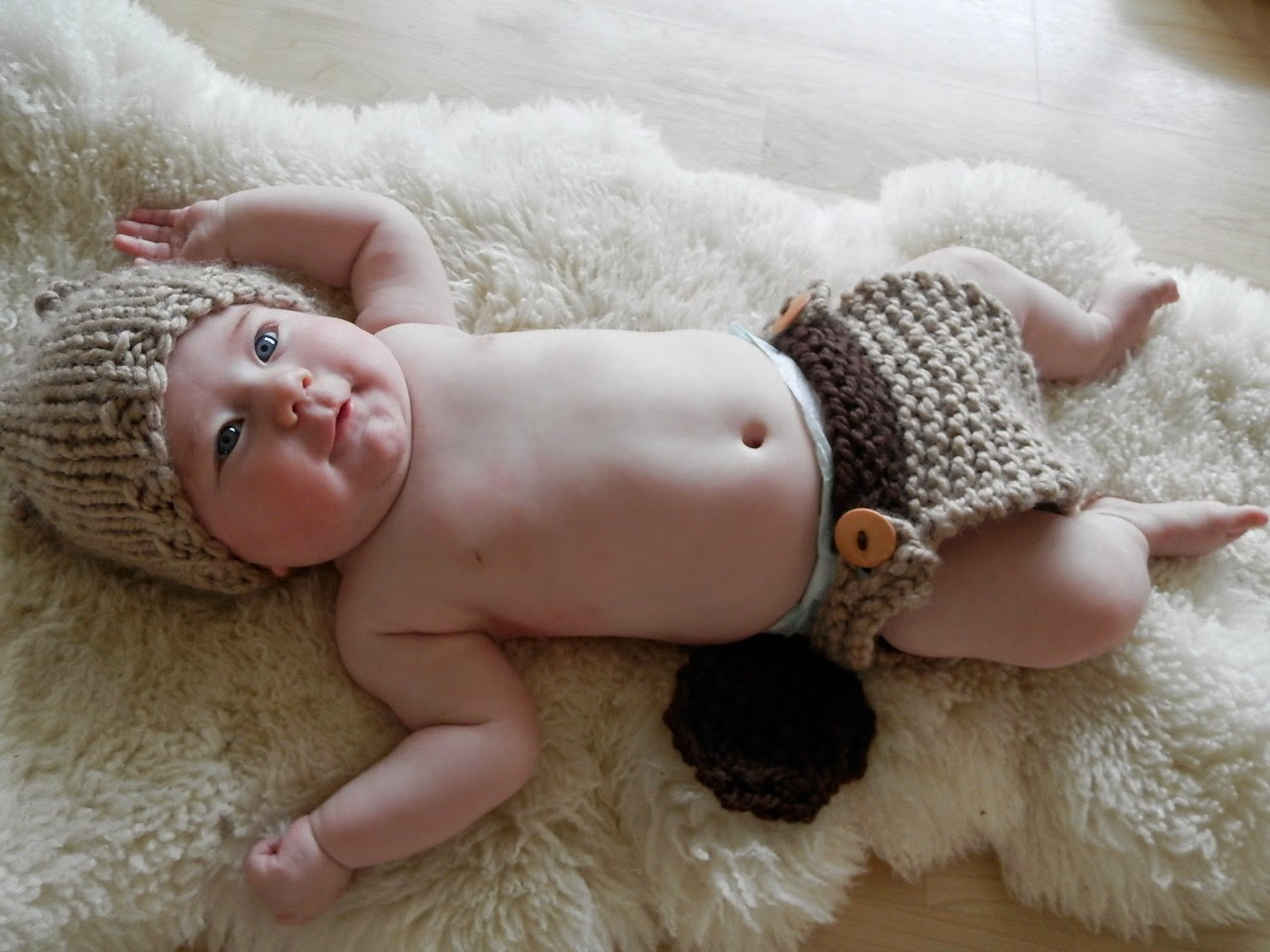 Life at the beaver lodge just got a whole lot cuter! Here is my latest edition to my woodland animals knitting patterns: the Beaver Kit! Who wouldn't love an adorable little baby beaver kit? This pattern is knit using extra chunky yarn, so it takes very little time to complete. This ensemble is modelled by my almost 3 month-old baby girl. It probably fits babies in the 0-3month range, maybe stretching into 4 or 5 months of age. 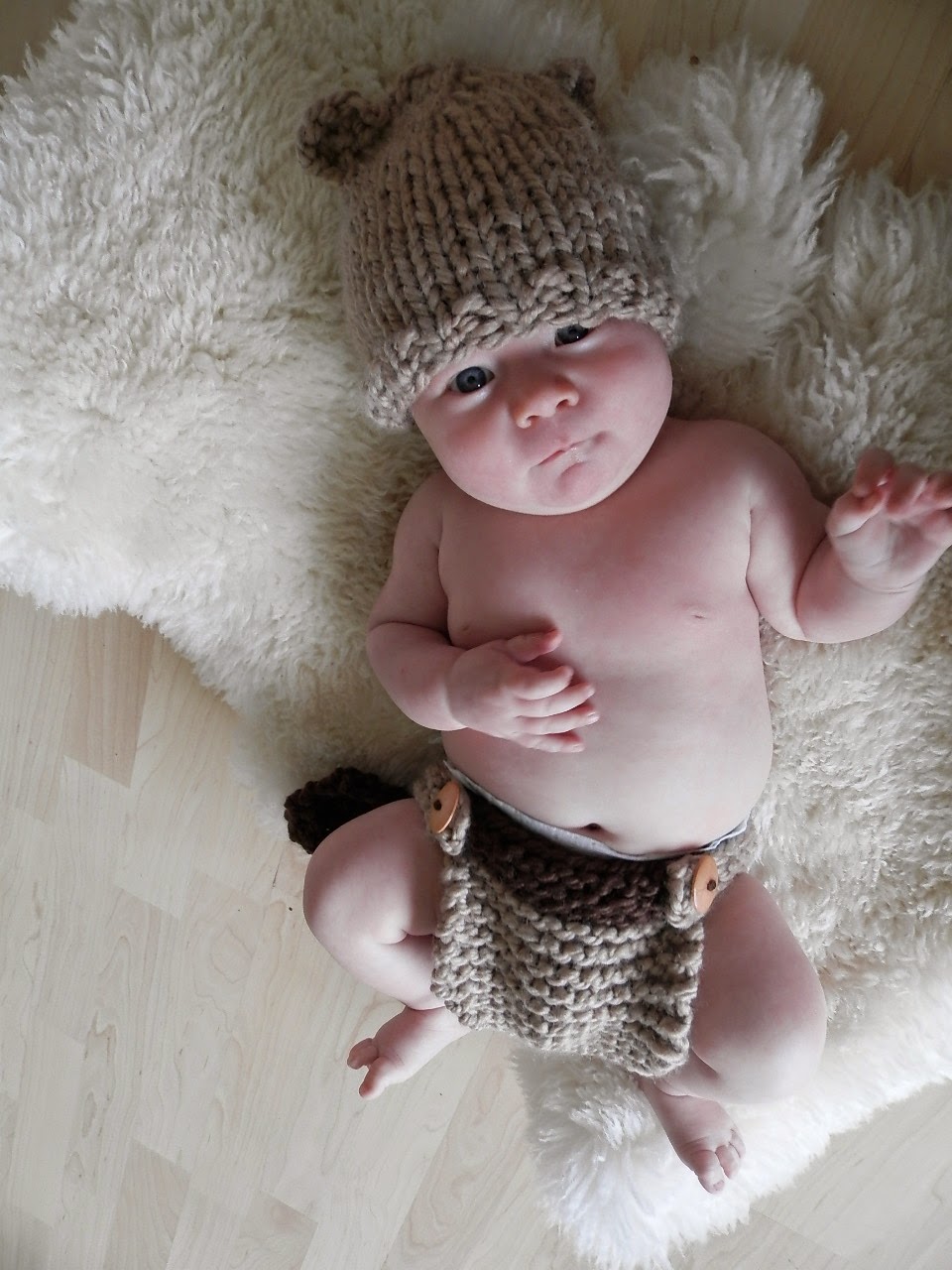 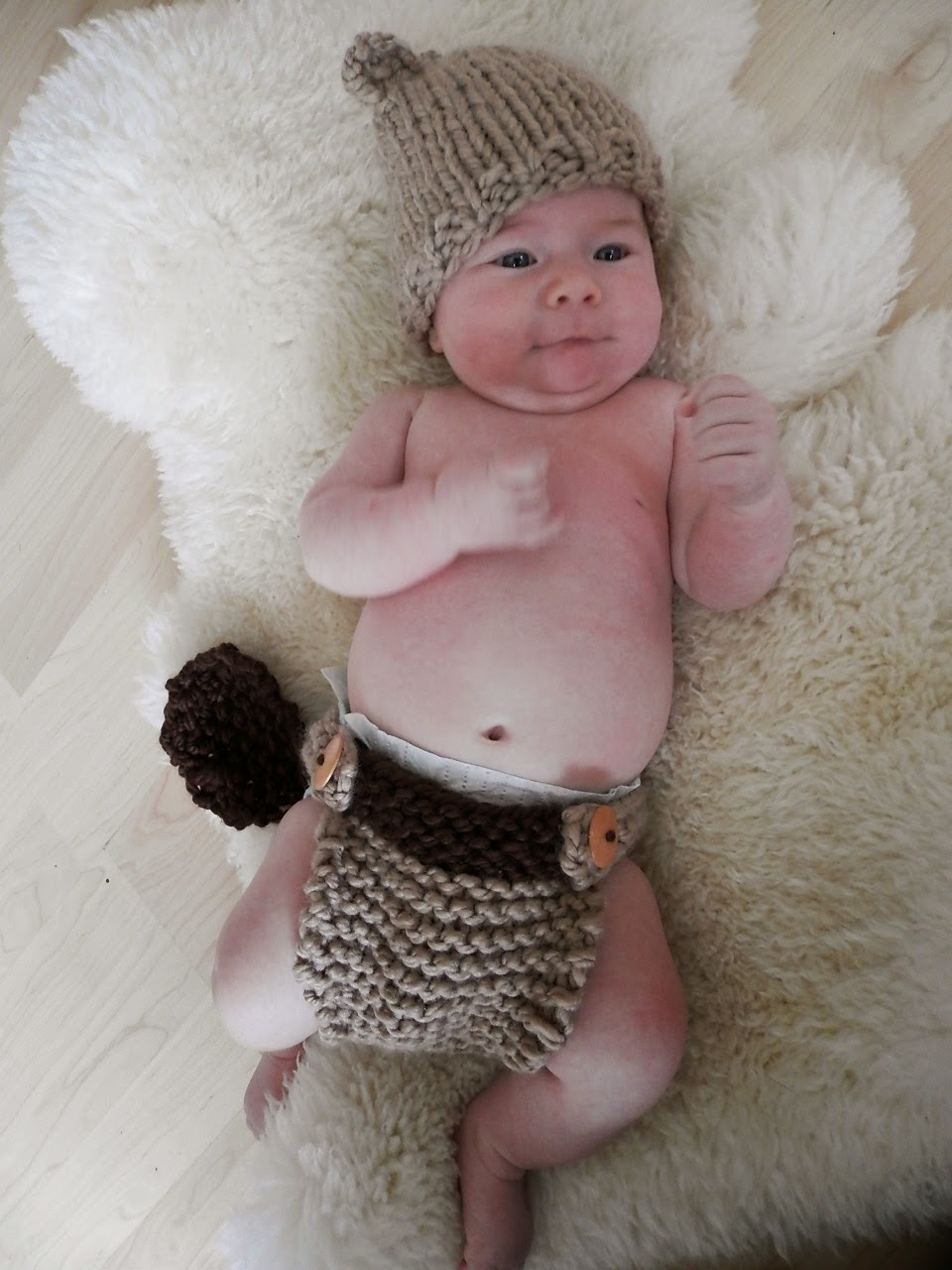 Needles:
8mm (dpn's if you want to work the hat in the round) 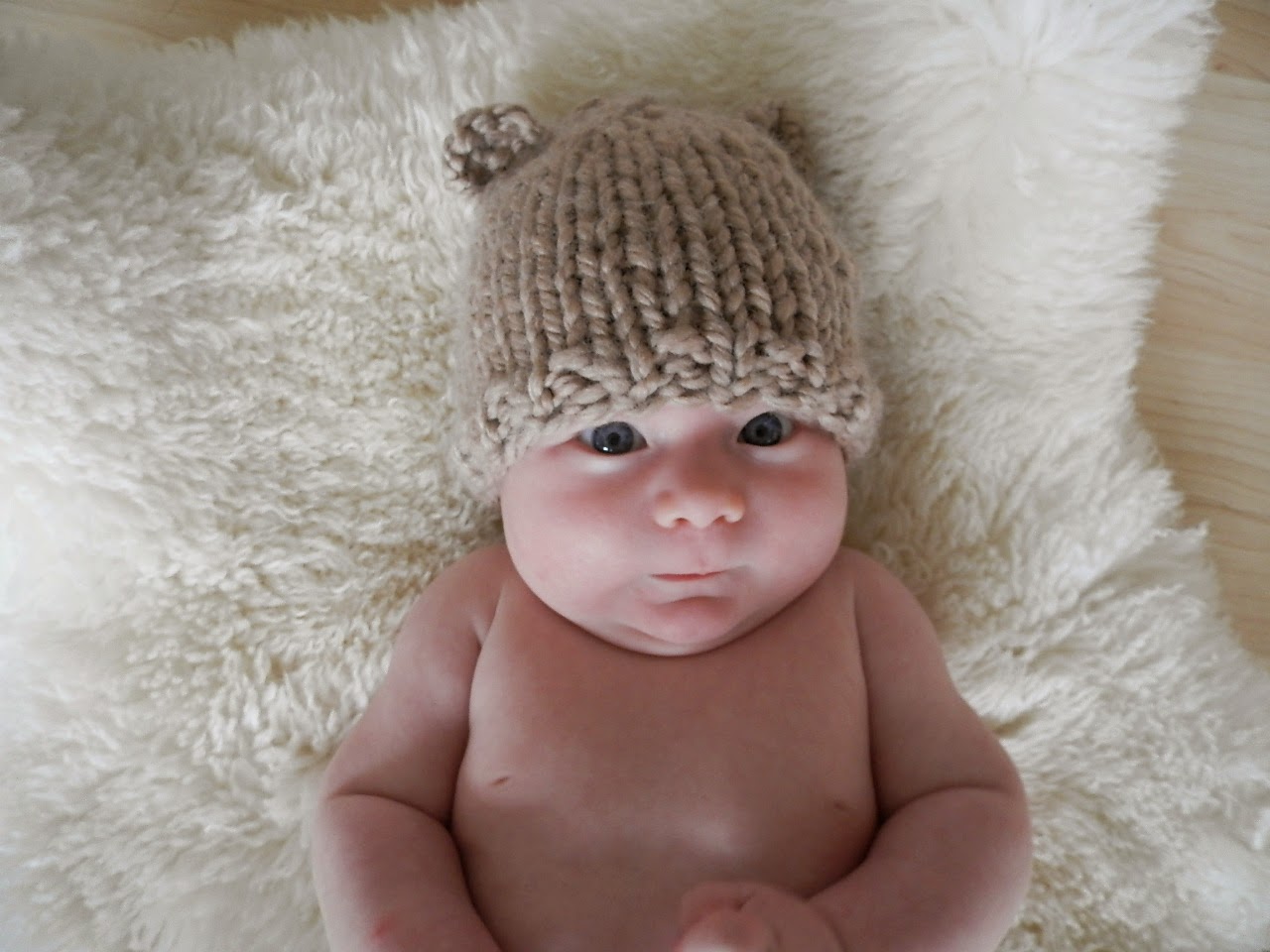 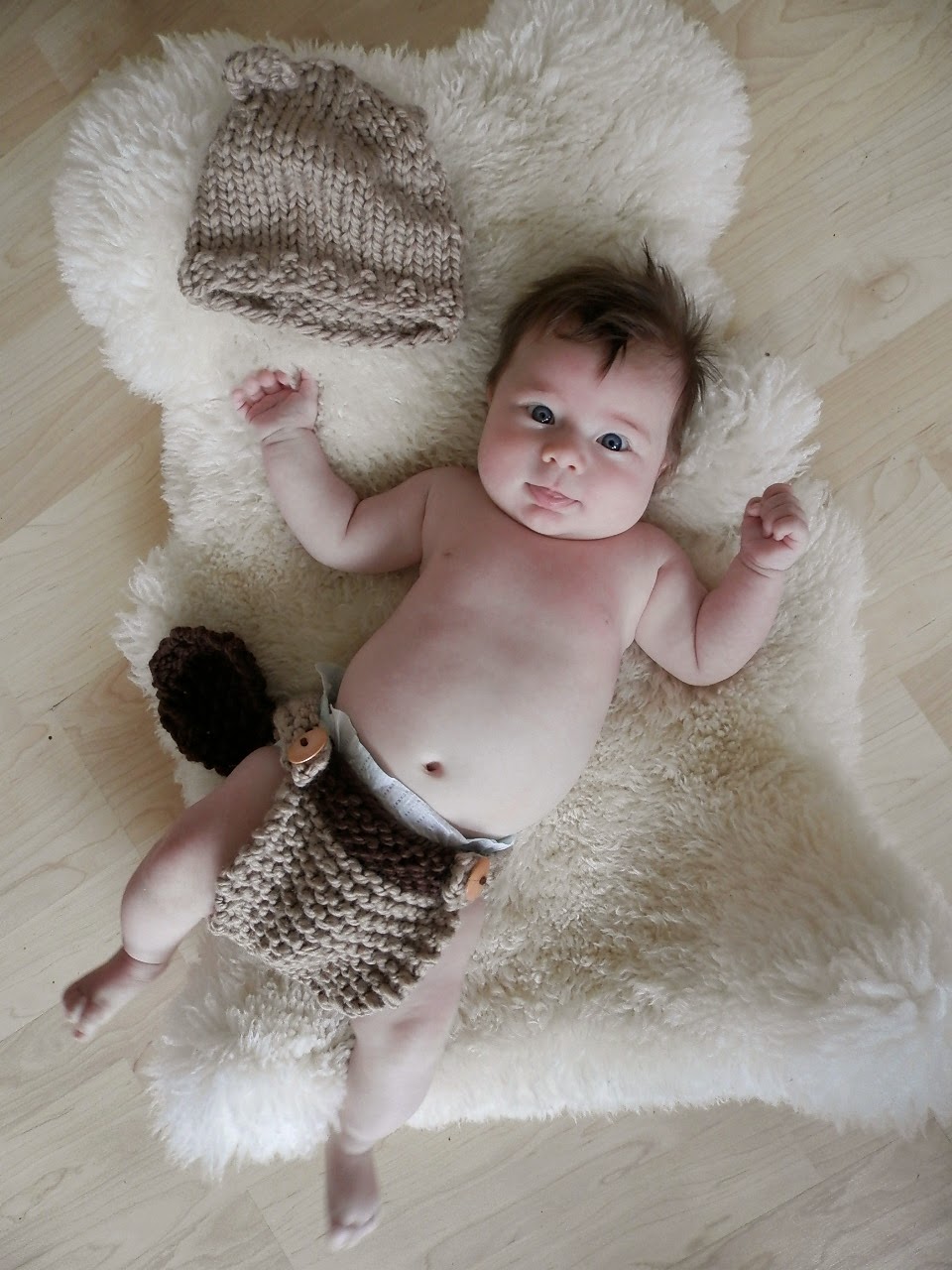 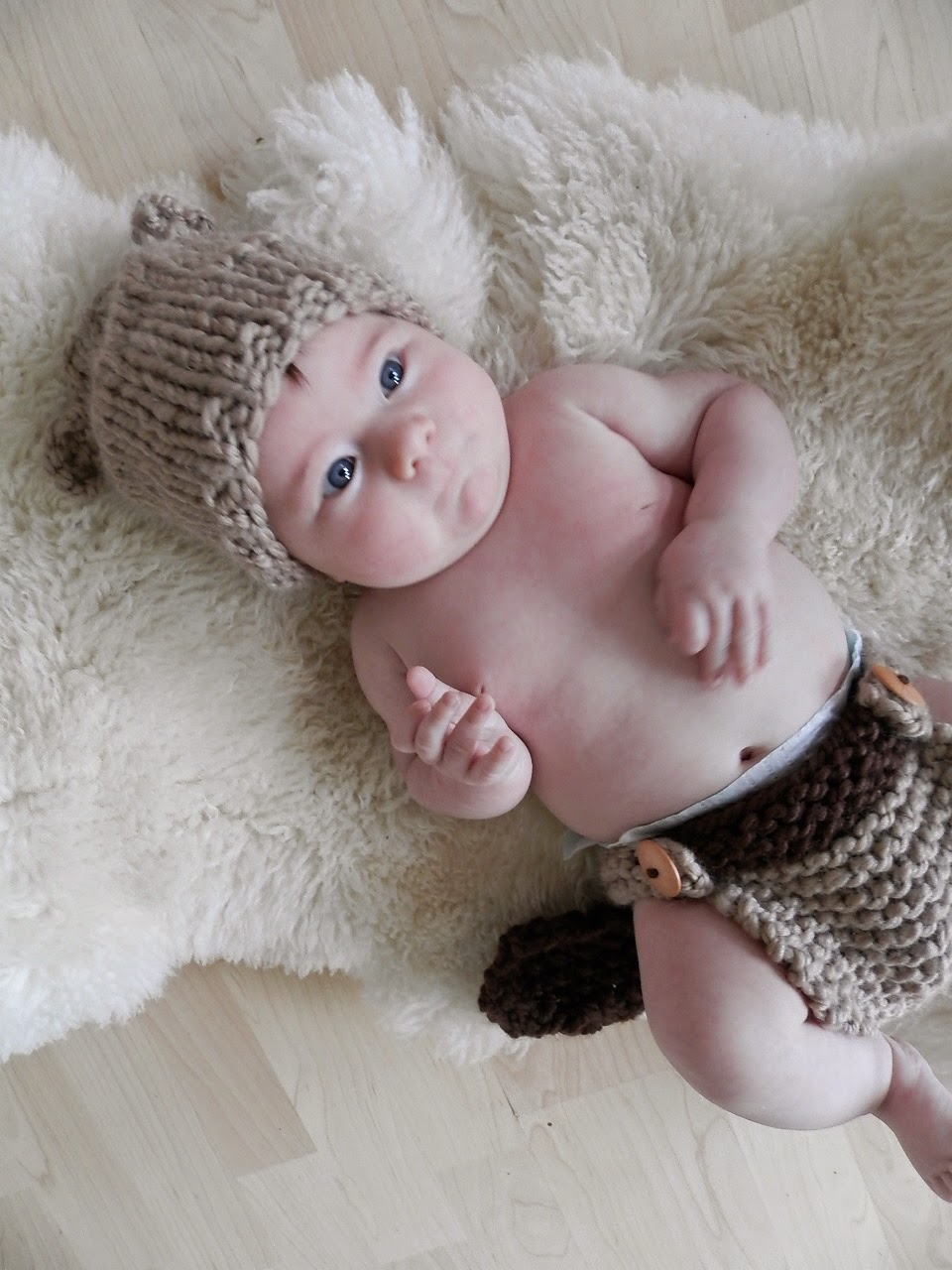 Cast on 6 st in Barley (light brown) on 8mm needles.
K one row
k3tog, k3tog
k2tog, cut off string and pull through loop on needle.
Make two ears and sew onto the sides of the hat, about 2” down from the centre. Sew the 1 st base of the ear down and then thread your yarn through each side of the 6st cast on edge and pull those corners down, securing them to the hat to make a slightly curved ear. 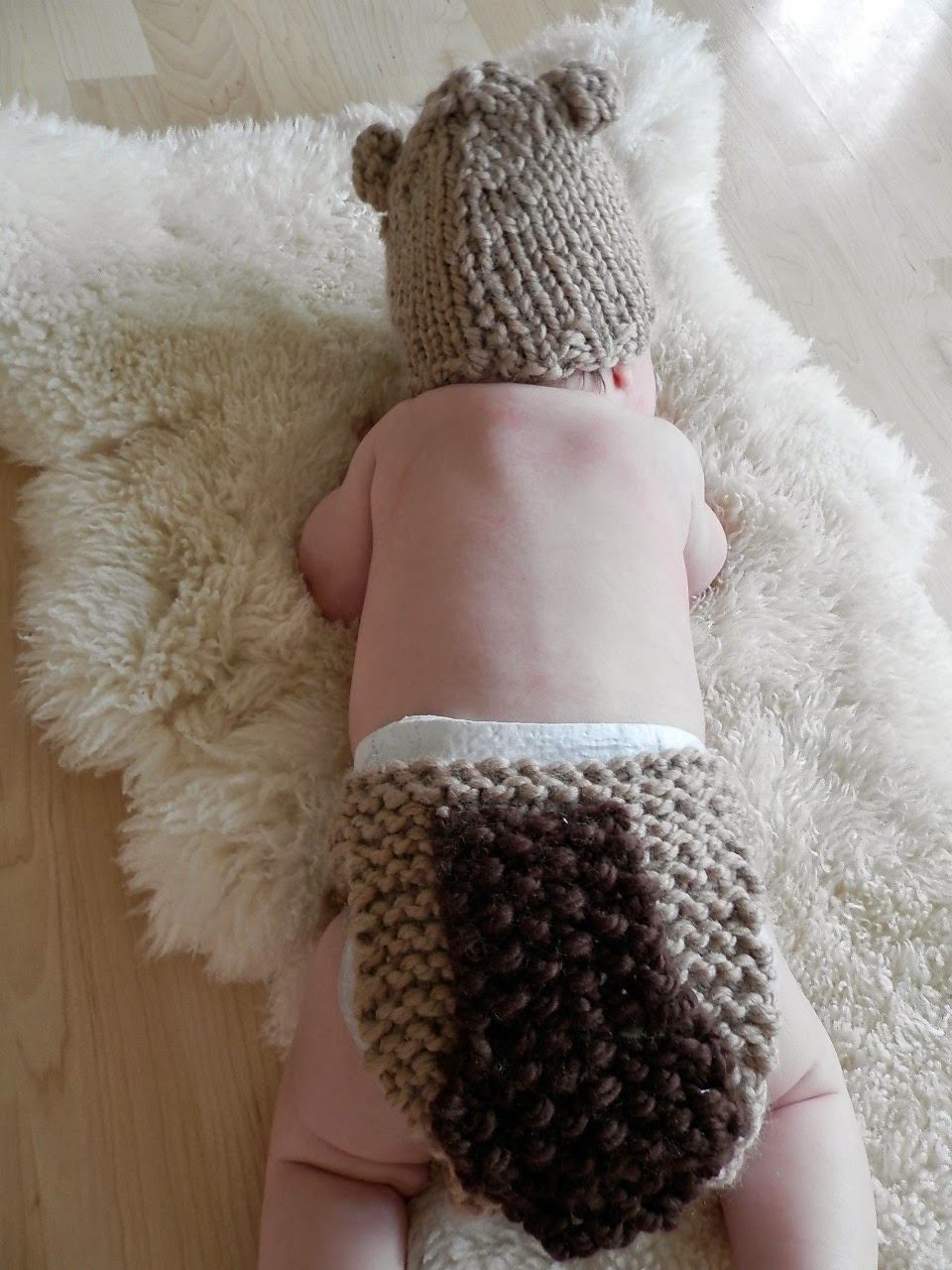 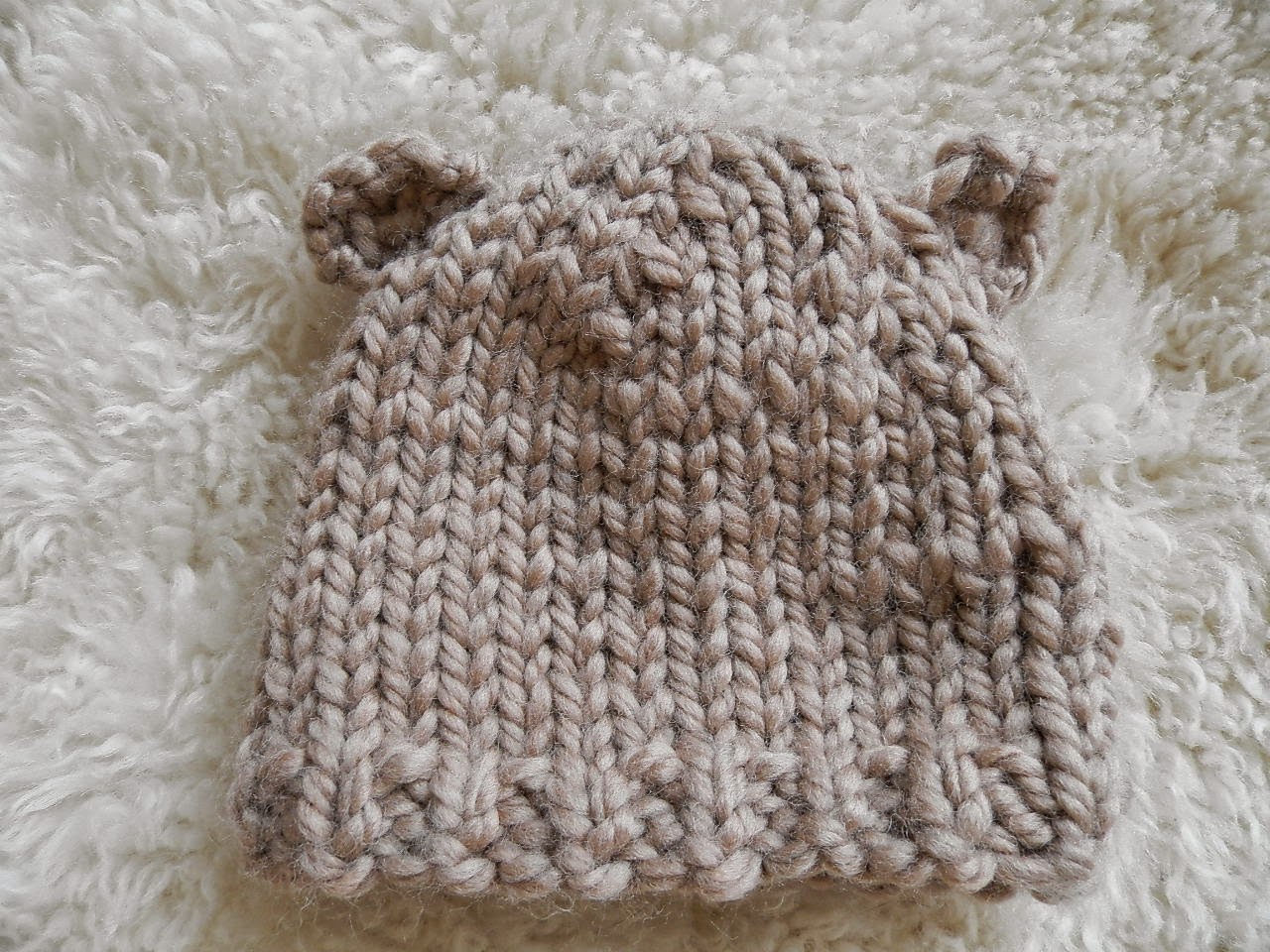 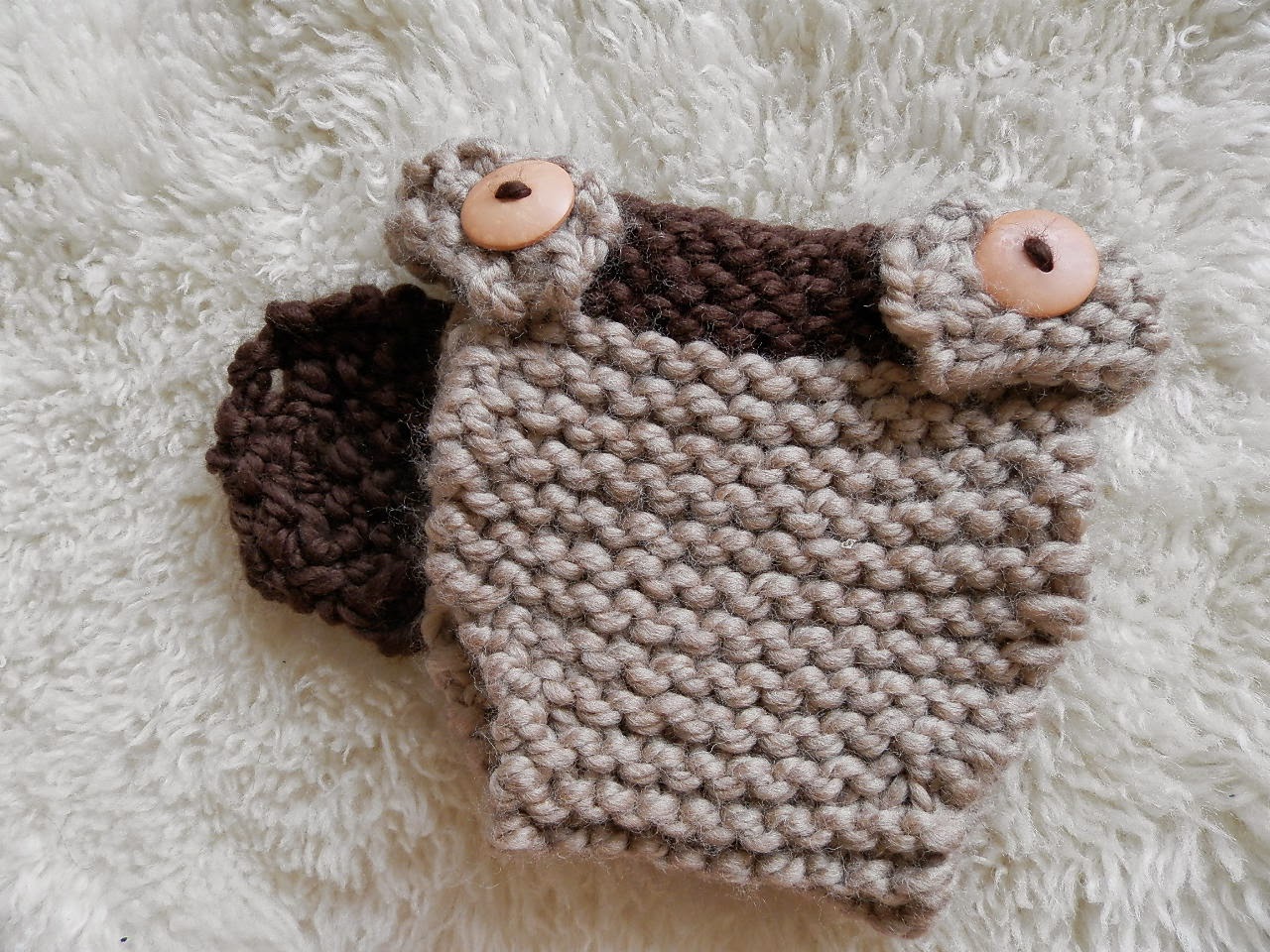 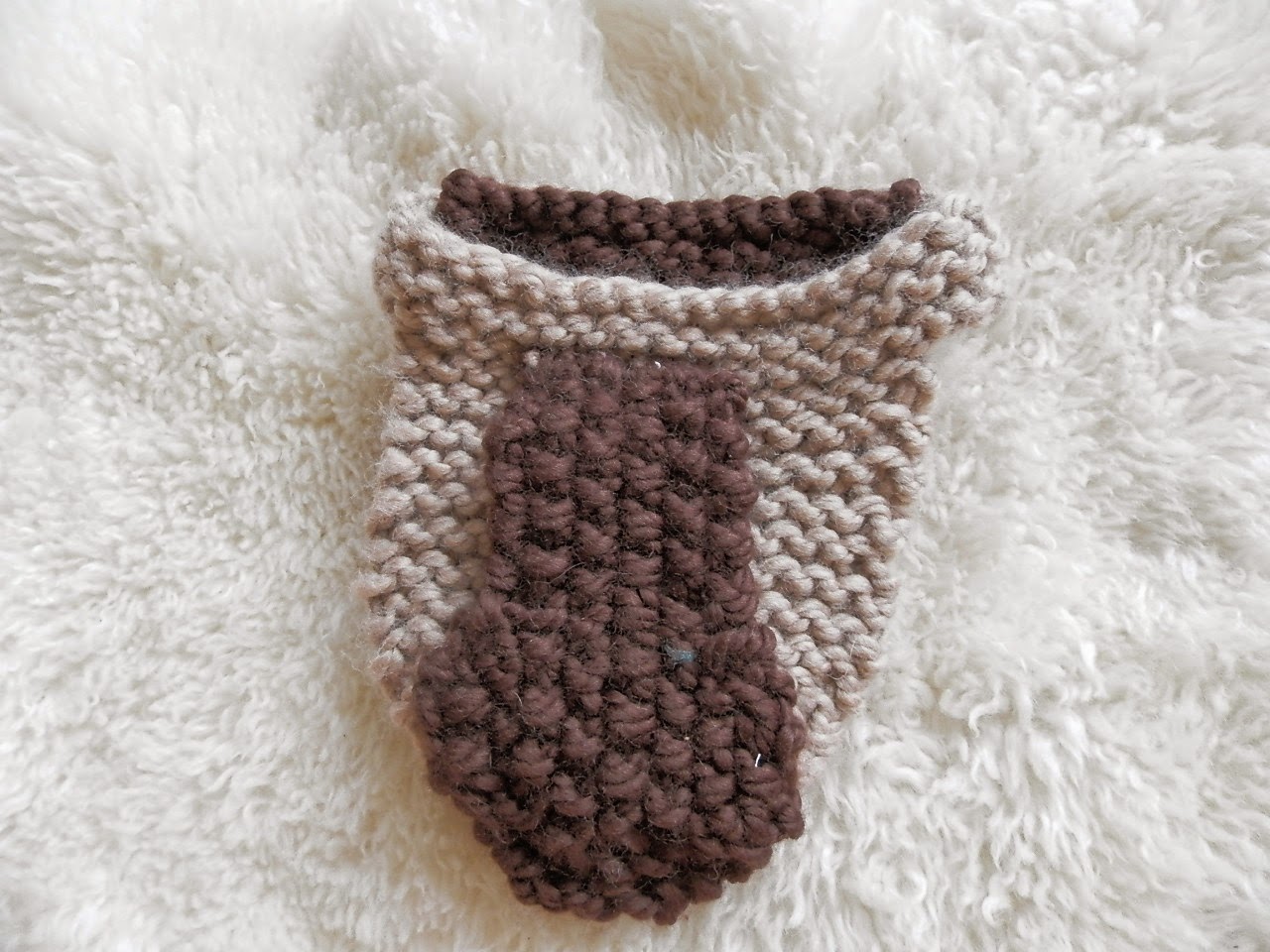 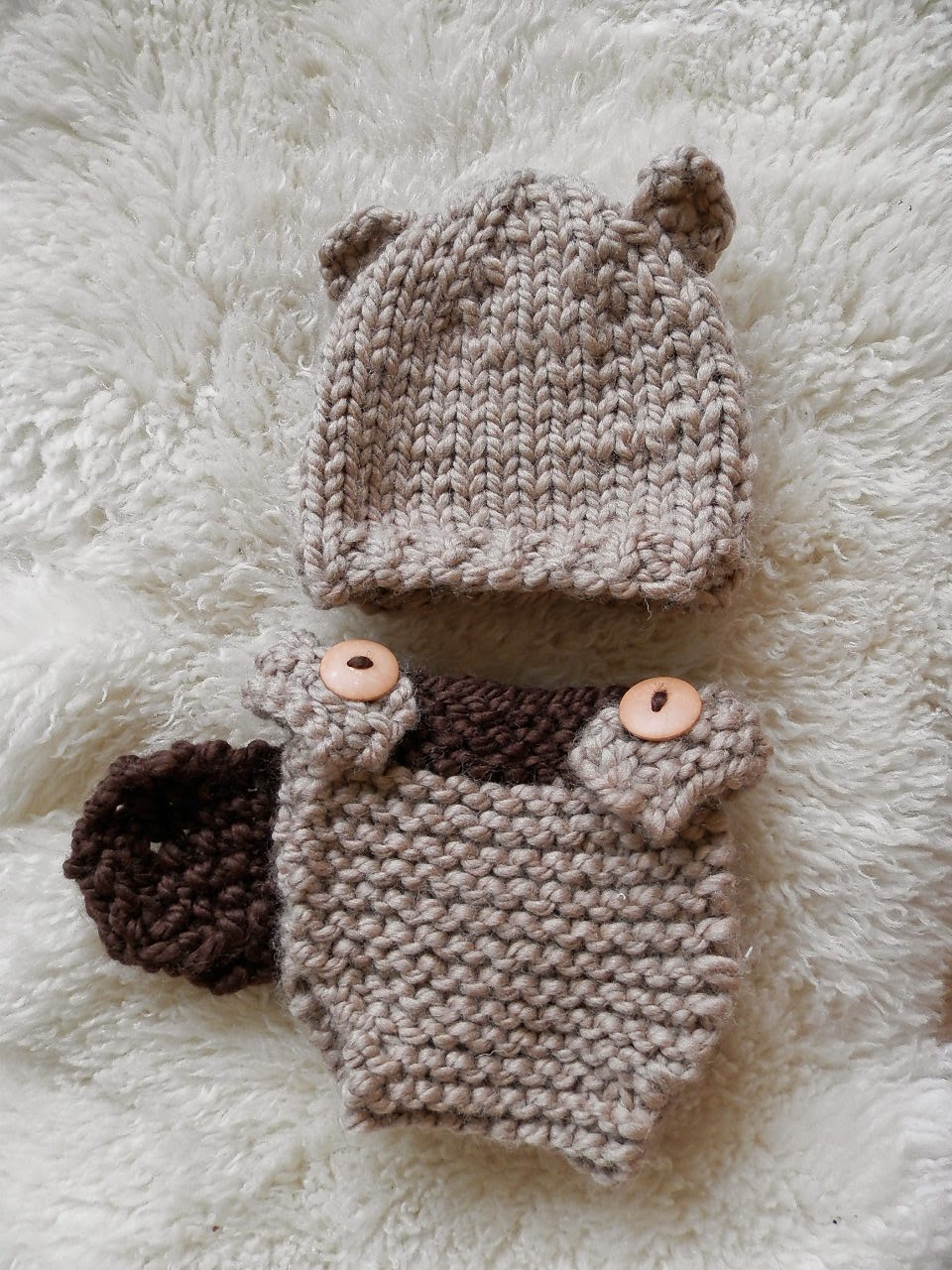 Thank you! I hope you enjoy this pattern! Please let me know of any errors you find and I will try to fix them. Also feel free to ask me any questions by leaving a comment below. Also check out my other knitting patterns under the tab at the top of the page.
Posted by Kris at 4:03 PM